Evan Perkins (aka Perklax) was introduced in class last year as an incredible portrait photographer, but since then, Evan has done a lot of analog and landscape/scenery work. Some of his most notable and awe inspiring work comes from the series "Into The Woods" which focuses on adventuring with friends through a variety of wooded scenes in hope for the perfect picture, which is strategically placed at the end of the series to leave your jaw on the floor, unable to be raised back up. 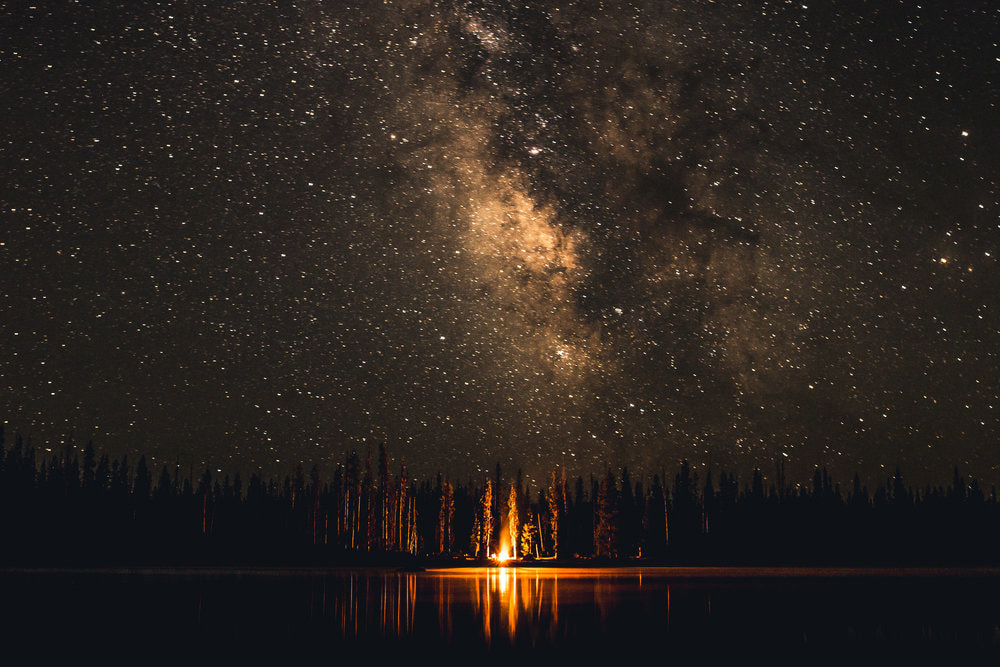 This image is just remarkable with everything from composition to lighting to figure and ground. This image focuses on two main subjects; the fire located in the center bottom third and the milky way spanning the upper two thirds. The negative of the photo, which would usually be the faintly starry night, transfers to the silhouetted trees, after they fade out of the gradient lighting from the flames captured in the outer middle thirds. This amazing use of thirds creates this surreal perspective warp between one tiny fire on earth and the entirety of light emitted from a galaxy. The overall warm coloring of the photograph build unity between the two light source/ subjects. The reflection from the glass-like water gives the fire an added layer of importance, depth, and altered scale in a very subtle and beautiful way. The gradient of light that the light emitting from the fire creates when casted on the trees forms a very unique quality of this image in which the figure and ground blend into each other as opposed to contrasting each other as often captures in high quality landscape photography. The entire photo series is magnificent and completely deserves a look-through, but this photo in particular is a masterpiece.