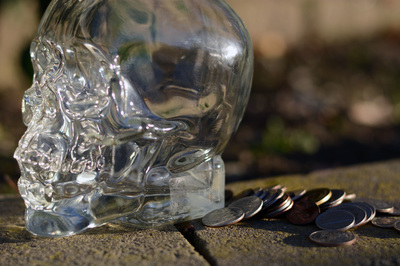 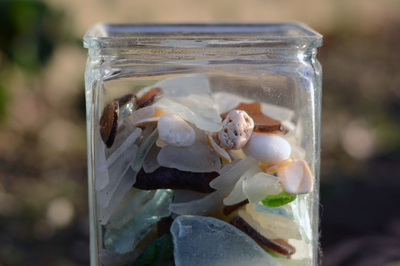 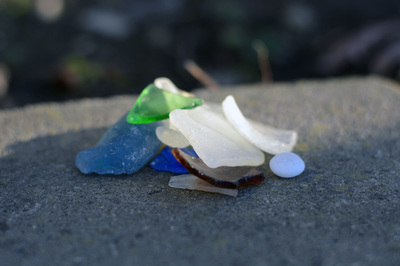 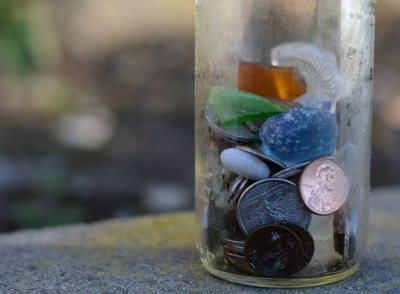 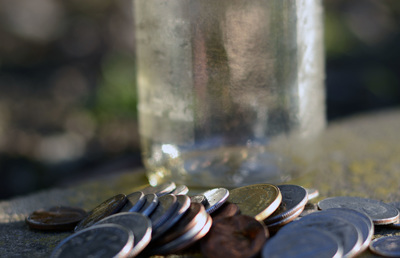 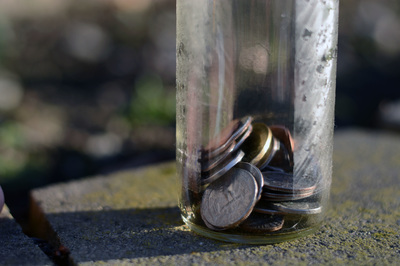 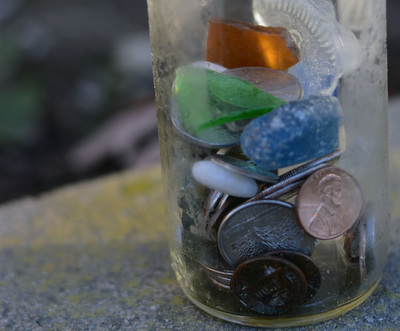 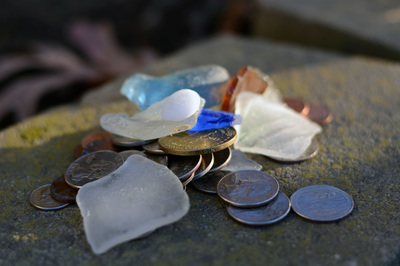 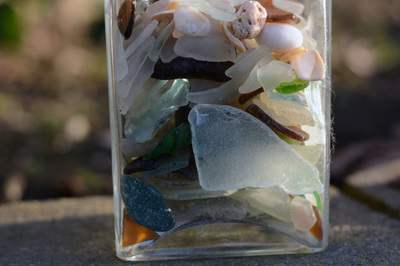 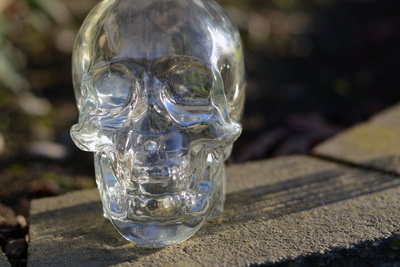 What is the concept/word that holds together/unifies your photo series?
​        The word I chose was Memorial, This series is meant to honor those who have made the ultimate sacrifice while serving. Coins have distinct meanings when left on the headstones of those who gave their life while serving in America's military, and these meanings vary depending on the denomination of coin. A coin left on a headstone or at the grave site is meant as a message to the deceased soldier's family that someone else has visited the grave to pay respect. Leaving a penny at the grave means simply that you visited. A nickel indicates that you and the deceased trained at boot camp together, while a dime means you served with him in some capacity. By leaving a quarter at the grave, you are telling the family that you were with the soldier when he was killed. The glass in the series is meant to represent a few themes. The glass container is meant to act as an other worldly vessel to carry the sea glass and coins beyond the grave, a practice used in cultures such as classical China. The sea glass is meant to represent different feelings and emotions based off of its color. The deep blue represents sadness, the lighter blue represents loyalty and heaven, the white represents hope, the green represents service, and brown represents healing. The glass skull represents loss and sacrifice.